As Long As I Have Lips 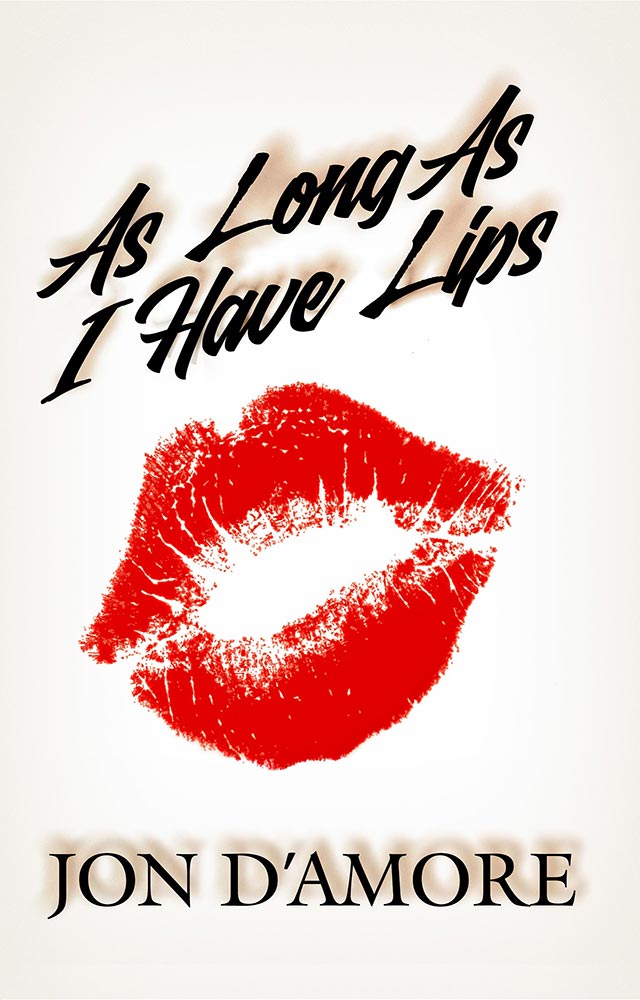 A wicked world of deception, greed, ambition and lipstick are just some of the hazards in this “What could possibly happen next?” romantic-comedy. It’s a non-stop race to land a client as six people with more-than-a-little dislike for one another mix-and-mingle in the honorable and exciting world of advertising. Well, okay…maybe it’s not so honorable, but it is exciting.

Twenty-four year old Jeffrey Holland, the clean-cut All American Boy fresh off a Montana farm, is fulfilling his dream…working in Manhattan, the advertising capital of the world, as a Junior Executive at Arthur, O’Connell & Ruppert.

Several floors above is Whitney Quinn, attractive, 33 years old, and the advertising industry’s most aggressive go-getter. She also happens to be Vice President of Dorsett & Mathers Advertising…but there’s something going on between Whitney and James Dorsett.

Jeffrey is innocent to life in New York City and leery of its fast-talking, corporate-savvy, street-smart women. But then, it could be because he has a secret he’d rather not share with any of them. Or maybe it’s because where he comes from…they just don’t do business the way they do it in “the city.”

Whitney not only loves the fast-paced advertising world, but she’s also used to getting what she wants…no matter what she has to do, or who she has to ruin, to get it. It proves to be an interesting and volatile combination when Jeffrey and Whitney meet in an elevator, neither knowing whom the other is…or who they work for, and that they’re after the same account…Divine Cosmetics, owned by Gail Burrelle, an attractive 63 year old woman with an all-business attitude, an appetite for younger men…and an immediate need for a new slogan and ad campaign.

By the time the Richter Scale stops moving, the smoke clears and the dust settles…the advertising world finds it will never be the same again.

Get your Lips HERE

Back cover blurbs for As Long As I Have Lips

“As Long as I Have Lips immediately captures your attention from the first chapter. This story has it all - happenstance, serendipity, mystery, romance with a pulse of advertising in New York City’s intense market. Given Jon D’Amore’s past novels, this story took me on an unexpected journey I couldn’t put down. I breezed through the pages hoping it would never end.” - Nikki Adams, author of Kink Test.

“As Long as I Have Lips is a wild ride through today’s advertising world with its new generation of Madmen and Madwomen. Jon D’Amore delivers deep, colorful characters who jump off the page with sexy style and outrageous scenes of backstabbing from coast to coast. A sassy page turner that pulls the reader into the room with each character. Loved it and couldn’t put it down!” - Nancy Lee Andrews, author of A Dose of Rock & Roll and Malibu 90265

“A smart, bi-coastal romp, As Long As I Have Lips is surprising and fresh. It reads like a fun, sexy movie, and will leave you smiling. D’Amore’s storytelling is energetic, charming and lighthearted, but skillful. Take this ride!” - Bella Mahaya Carter, author of Raw: My Journey from Anxiety to Joy and Secrets of My Sex

“I must confess to not being a big fan of fiction. That being said, I’ve always enjoyed reading Jon D’Amore’s books. His fourth, As Long As I Have Lips, is no exception. It’s a bit different - no mobsters, no zombies, no doorstep assassins - but a good story nonetheless, with surprises. Once you pick it up, you won’t want to put it down.” - Paul Kenneth Chadwick, author of Faith And Nature

“Jon D’Amore has a unique gift for taking you to the heart of a culture and telling a beaut of a story at the same time. First it was 'The Family’.you know, The Cosa Nostra. Now it’s the world of advertising, unveiled from the ground up to.well, yes, the lips have it. Read on. You’ll emerge educated and laughing your lips off.” - Lisa Tracy, author of Objects of Our Affection and Muddy Waters: The Legacy of Katrina and Rita.