Based on a story by Jon D’Amore & Laura Fuino 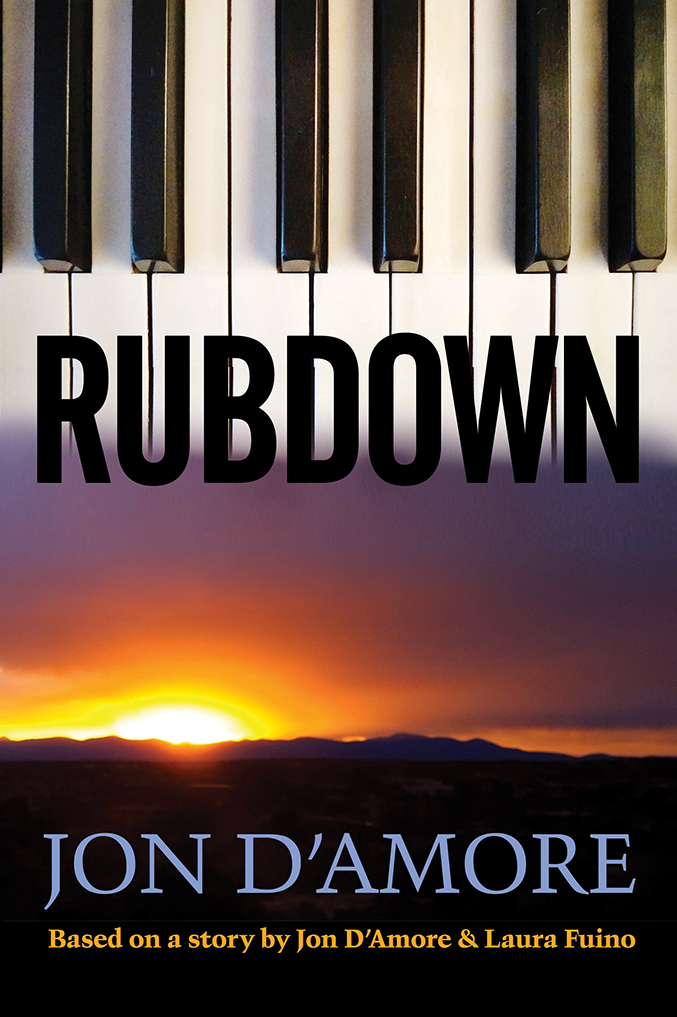 Attractive and college-educated Jessica Ross loves her job playing piano at Valentina’s, a classy Brentwood, CA restaurant. It helps her forget her crumbling marriage. Her apartment holds all that matters; pictures of Italy, the country she longs to visit, her framed college diploma...and her piano.

Suddenly, Valentina’s is sold and Jessica is out of work. Her close friend Suzanne mentions a job she knows about as a receptionist at an elite massage parlor called Diamond Jim’s, owned by Volpe, a mysterious figure no one has ever met. Jessica refuses, but once the bills pile up...she takes the job with the mindset that it’s only temporary.

At Diamond Jim’s, Jessica develops a friendship with Patricia, a sexy masseuse with a degree in art. Jessica finds a creative thread that runs between them.

A couple of weeks later, a raid spearheaded by Detective Tom Brogan takes place. Jessica, Patricia and several other massage therapists are arrested.

Brogan believes Jessica is innocent and was nothing more than a receptionist...but the Mayor, the Police Chief and the D.A. want someone to take the fall. Volpe can’t be found, identified or tied to anything, so Jessica is charged and found guilty with running the operation. The media dubs her “The S&M Madam.”

After 18 months in prison there is no life waiting on the outside for Jessica. By the time she’s released, she’s divorced and her family and friends have deserted her. Also, because of the notoriety of The S&M Madam, Jessica can’t find a job a sustainable job.

Working as a waitress in a dingy diner, she sees a newspaper ad for “Erotica”...an art exhibit by Patricia.

At the art gallery, Jessica meets Mario, a handsome, wealthy Italian businessman. Patricia and Jessica rekindle their friendship as Mario and Jessica begin a new one. Suzanne, on the other hand, has developed an insatiable cocaine appetite and is back in the picture.

Mario makes Jessica feel like life is again worth living.

It is then that Jessica plots to get her revenge on those who ruined her life. And she does.

Get your Rubdown HERE

Back cover blurbs for Rubdown

“I love all of Jon D’Amore’s books! Each tells a smart, inciteful and suspenseful story that provides dramatic and comic twists leading to a remarkably skillful and engaging ending. As with each of them, Rubdown will hold your interest through-and-through. Frankly, I don’t know how he continues to come up with these fantastic, compelling stories. From his first book on, Jon has entertained me for countless hours. ENJOY!” - Carmine Appice – legendary drummer of Vanilla Fudge, Cactus, Rod Stewart and countless more. Bestselling author of Stick It! My Life Of Sex, Drums & Rock ‘n’ Roll

“When a classically trained pianist finds herself in a high-class Los Angeles massage parlor, you know you’re in for a wild ride…and a great read. Jon D’Amore has done it again, in what may be his best mix yet of love and murder, betrayal and revenge, laced with a shot of humor and a little Rémy Martin. You won’t want to put this one down until the last ‘Ciao, bella!’” - Lisa Tracy – author of Objects Of Our Affections and Muddy Waters: The Legacy Of Katrina And Rita

“Jon D’Amore has a natural talent for writing. No matter what it is that he writes, he grabs you with the austere-yet-powerful words he uses to weave tales of intrigue, passion, love and betrayal that always leave you wanting more, and with a Jon D’Amore story…you will always get it, I assure you!” - Carol Ross – renowned publicist and manager to the celebrity elite since the 1970s, and President of Aura Entertainment